This 180g blue-black splatter LP is exclusively available on the US Volbeat store.

Rock The Rebel/Metal The Devil was originally released by Mascot Records in 2007 and quickly became a milestone for Volbeat, hitting the #1 spot in the Danish album charts and going on to be certified four-times Platinum in their native country and Gold in Germany. The album features several hits including “Sad Man’s Tongue,” which is still a staple of the band’s live shows (as heard on 2020’s Rewind, Replay, Rebound: Live in Deutschland and most recently on the band’s co-headline US tour with Ghost), and the fan-favorite “Radio Girl.” “The Garden’s Tale,” which features Johan Olsen from Magtens Korridorer, spent 18 weeks on the Danish singles chart, peaking at #1. Rock The Rebel/Metal The Devil earned the band their first Danish Music Awards nominations in 2008 for Album of the Year, Rock Album of the Year, Band of the Year and Best Singer, as well as nominations for Best Danish Act at the MTV European Music Awards in both 2007 and 2008. Volbeat’s incendiary live show was also brought to the mainstage at festivals such as Roskilde and Wacken Open Air and found the band headlining the Metaldome Stage at Graspop as well as opening for Metallica in Arhaus, Denmark. 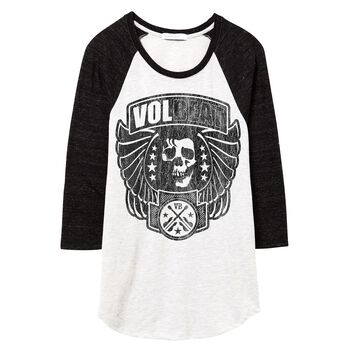 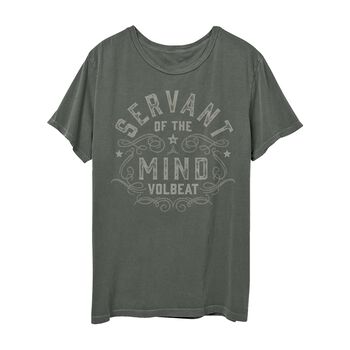 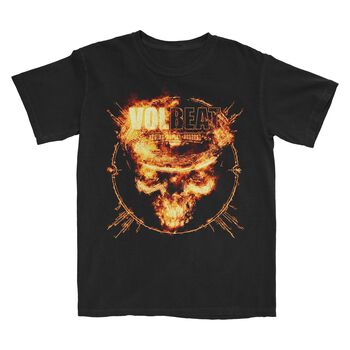